If you are an adherent Android user, you are well aware that routine maintenance is optional. However, no one can deny the pros of boosting performance in your phone periodically. There are plenty of cleaning apps available in the ocean market of Google Play Store. There are apps that clean junks, enhance battery life, improve speed, and so on. For example, the Nox Cleaner cleaning app which masterly boosts the android phone.

As a rule, we should never underestimate the impact of staying digitally organized. This habit helps to increase the longevity of the phone. However, the catch is to find the right phone cleaning app. In the best-case scenario, the cleaning app will help you to boost performance and de-clutter your phone. In the worst-case scenario, it will infect the device with malware through pop-up advertisements. Therefore, it is essential to download legitimate apps. Hence, we have compiled a list of best cleaning apps for Android phones that are 1oo% effective.

Droid optimizer is one of the best ever cleaning apps for Android users. In fact, it has over a million downloads on the Google Play Store. Without a doubt, the number suggests that the app comes with effective cleaning tools for android devices. Furthermore, the interface of the app is quite a user friendly. It is easy and simple to operate. For the first-timers, the app provides on-screen instructions to walk them through permissions and procedures.

One of the USPs of this app is it comes with a “ranking system”. The feature is integrated to offer the user with the status of the phone. In general, it motivates the users to keep their devices in top-notch condition. This app will persuade you into developing better habits for increased longevity of your phone.

In order to execute the phone cleanup, you are just a tap away! Following the opening of the app, the phone’s statistics will appear on the top of the screen. RAM, free space and “rank” scores will be available. 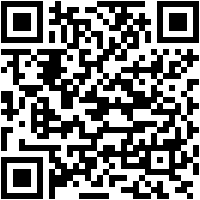 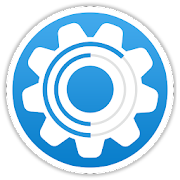 Droid Optimizer comes with a handy set and forgets feature. This feature allows you to schedule a regular time to perform the auto cleanup. Every day the automated cleaning will stop background applications, remove unnecessary files, and clear the cache. Apart from this, it has integrated the “Goodnight Scheduler” as well. This in-built feature provides automatic disabling Wi-Fi (when not in use) in order to conserve energy.

Droid Optimizer brings in mass delete apps too. The feature comes in handy when you are looking to free up space on your device at one go. However, the only downside of the app is it does not have an attractive interface. Nevertheless, the pros easily outweigh this con. The app justifies being on any android phone.

CCleaner is a platform-independent app. Not only has it run on android phones but also on PC and laptop (in both Windows and macOS). CCleaner does an efficient job of all shapes and sizes smoothly. Most applauded features of CCleaner are effective junk removal, reclaiming more space, and clearing out the phone’s RAM. Although Avast hampered CCleaner’s services on PC and laptop, it is better than many spammed apps.

However, it has a few malfunctioning flaws on the android app. Nevertheless, it is one of the best apps to analyze a phone for quick cleanup. Irrespective of the downsides, it de-clutters the phone effectively. From purging empty folders to deleting histories, it takes care of everything. 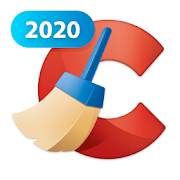 CCleaner has a built-in, easy interface App Manager. It comes in handy when you want to delete multiple apps at once. Last but not the least, there is a System Info window. This feature constantly monitors the phone’s statistics (including RAM, CPU heat, and other relevant details). At a single glance, you can understand the status of your phone.

Another significant flaw of this app is annoying pop-ups. However, there is a way to get rid of them but at a cost. You can subscribe to the Pro version of CCleaner to unlock more features. Apart from this, you can use the lite version at zero bucks. Indeed, the unpaid version will have lesser features, but it will suffice the need. Moreover, the unpaid version is as quick as the paid version while cleaning the phone.

With over fifty million downloads from the Google Play Store, Nox Cleaner hits as one of the Editor’s Choice. No matter how much you paid for your android phone, after a point it starts to lag. In order to speed up the phone, download this effective cleaning app. It efficiently clears out the junk files, increases storage space, and deletes cache. As a result the increased space directly impacts the phone’s performance. It readily boosts the android device’s speed. Moreover, the app is relatively lighter than its competitors.

There are some extraordinary features integrated on this app. Firstly, the Max Junk File Cleaner is an efficient analytics engine. It will achieve more storage space without deleting any relevant file. Users can explicitly delete the cache of any specific app like Whatsapp or Messenger. Apart from this, it will automatically clean the residual files, clipboard content, phone’s cache, and many more. Users can clean unused or unnecessary data with just a tap.

Secondly, Nox Cleaner comes with a built-in master Antivirus. The app took a level higher to protect the android device at any cost! The real-time antivirus will start to scan the phone after a touch. It will scan thoroughly and search for Trojans, malware, and any potential viruses which might infect the device. As soon as it detects one, it will remove or uninstall the affected app to secure the phone. The cleaning app will make sure to protect privacy against potential threats. 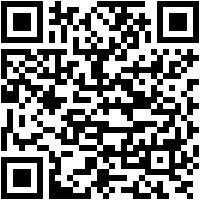 Thirdly, it comes bearing the gift of a CPU Cooler! The app intellectually understands when your phone is heating up and therefore sends a warning. This cooler feature comes in handy while playing games. In many instances, gaming heats up the phone. As a result, the phone starts to lag. Moreover few background battery-draining apps lead to the same situation. Therefore, closing the background apps will reduce the CPU storage hence, lowering the temperature.

Fourthly, Nox Cleaner has a pre-installed Notification Blocker feature. The app powers up the calculating engine and stores the notification in

one place. The compartmentalization helps the user to check out the notifications at a quick glance. Apart from this, it helps in quick cleanup as well. Moreover, this feature also helps to block notification from certain apps. Such blocking helps to keep the notification bar clean and boosts the phone’s performance.

Last but not the least, the cleaner app prioritizes privacy. Therefore, it has an app locker to protect the privacy of an individual. For example apps like Gallery, Whatsapp, Messenger, etc have personal information. Besides the phone’s lock, it requires added security to protect privacy. This is where the app lock comes in to rescue the user. In order to lock the app, you can use a passcode, pattern, and fingerprint.

In a nutshell, this app cleaner takes care of the android phone from every angle. Moreover, this app also helps to sort the pictures in the gallery. It will optimize the space and sort them into similar albums.

The name of the app implies the diversity of the job it does. Undoubtedly, the all-in-one app puts 100% effort into cleaning the unwanted files. However, it puts equal effort into doing other tasks. For example, monitoring the battery, blocking annoying apps, and checking CPU temperature are all under the app’s responsibility.

Other than Nox Cleaner, this app can function in the background while you are sending a text. It can efficiently de-clutter unused folders, cache, and orphaned files. Following the trend of the above-mentioned apps, this too is one tap away to perform a full scan of the phone.

There is a feature that will terminate the battery-draining background apps and clear the system caches. In the same way, both tasks are done by two taps. The feature is known as the “Boost” function which performs the above activities. 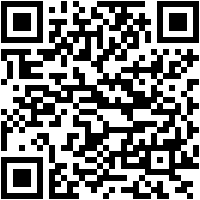 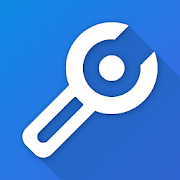 Moreover, you can schedule an auto cleanup with Boost+ function. However, the scheduling comes with a cost. You need to pay the subscription fee to upgrade to the paid version.

This app comes in rescue when Battery is about to run out. Whenever the situation arises, the battery saver kills the background applications. Besides shutting down apps, it also shows the present statistics of the phone’s battery.

In order to justify the name, the app brings mass delete features. It is an advanced tool that is used to uninstall multiple applications at one go. The app has also integrated Wi-Fi analysis to check and report the strength of the internet bandwidth.

The motto of SD Maid is to be at the user’s service 24×7! However, it is one of the most underrated cleaning apps present in the Google Play Store. On the other hand, the users are satisfied with its deep cleaning activity. This digital cleaner has a user-friendly interface. The app is easy to use even for a novice. Following the opening of the app, you will find four actions. Every feature is responsible for cleaning up the android device.

Firstly CorpseFinder feature comes into the show when you need to perform deep clean. This specification navigates and removes orphan files or folders from the device. Besides removing residual files, SystemCleaner is also present. 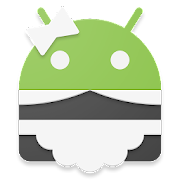 As the name suggests, it searches and deletes common and unnecessary files. There is another search and delete tool known as AppCleaner. In order to use this tool, you need to upgrade to SD Maid Pro. It comes at a cost of $4 only.

In every android phone, there is an area dedicated to apps’ databases only. For example in Spotify, it takes about 40 MB of storage space. With just one click you can clear such databases. As a result, it will increase the phone’s storage, therefore improving the device’s performance. SD Maid brings home many tools solely dedicated to storage analysis. These tools help you to locate big, unused files and remove them permanently. Apart from this, a mass app delete option is also available. All of these tools are necessary when you are looking for a major beef up.

The aforementioned period maintenance is optional for users. However, if you perform regular cleanup, your device will run smoother and have longer days. As a matter of fact, modern android devices have plenty of room in RAM. Therefore, you do not need to spend the whole day cleaning the caches.

It should be noted that Android devices intentionally keep their RAM usage higher. The OS is designed to smartly juggle amongst the open apps. Moreover, it automatically focuses on optimal performance. However, interfering with their scheduled algorithm may ultimately cause the phone to lag. Therefore, use the cleaning apps cautiously.

ABOUT US
TechyMarvel is an Indian publisher focussing on the tech industry. This blog related to tech, technology news, analysis of emerging trends in tech.
Contact us: [email protected]
FOLLOW US
© TechyMarvel Copyright © 2020· All Logos & Trademark Belongs To Their Respective Owners
Download Our TechyMarvel Android App Now