Emoji is a way to express your emotion and there are hundreds of apps available on both Google Play Store and App Store. The thing is when we talk we can express our emotions through our voice but in texts that are not possible. That is where emojis come in to play. Nowadays all the phones also come pre-installed with various emojis. But if you want more flavour in this article we will talk about the 9 best emoji apps you can download and use, mostly for free.

Download QR-Code
Microsoft SwiftKey Keyboard
Developer: Unknown
Price: Free
The first app on the list is SwiftKey Keyboard which was bought by Microsoft as it got popular. As the name suggests, it is a keyboard alternative that comes with various emojis and as you use it, the app learns your writing habits and predict emojis you might want to use. Other than that there many extra features like flow-typing, a user-generated dictionary and various themes. The app is free to use and is available on both iOS and Android.

Next up we have Emoji Free which has just been updated by the developers. With all the regular emojis it has support for a variety of emojis to fit your messaging needs that are not present normally. Also, you can use animated emojis and emojis created with multiple emojis together. Emoji Free is only available on iOS.

You might have already heard about LINE as a messenger app like WhatsApp and they also have a dedicated Emoji Keyboard. This is a free tool that comes with over 3,000 new and unique Stickers & Emoji. There are many characters to choose from and you can also use animated emojis, like Emoji Free. All in all, it is a great emoji app for iOS devices. 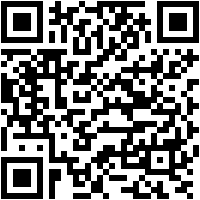 Download QR-Code
Emoji keyboard-Themes,Fonts
Developer: Unknown
Price: Free
Going back to Android, we have ❤️ Emoji keyboard. If emojis is a must have in your conversation, this app will be a good choice for you. It comes with 3000+ emojis and emoticons, trending GIFs and stickers. The app also supports more than 150 languages and you can make it yours with various themes. For faster typing, you can also swipe across the letters you want to write and all of these is available with a few adverts which only appears on the settings screen. 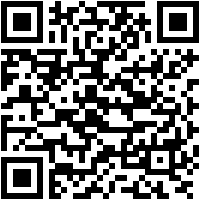 Download QR-Code
Emojidom emoticons for texting
Developer: Unknown
Price: Free
Then we have Emojidom Emoticons which is available on both Android and iOS. It comes preloaded with over 2,000 smiley faces and stickers. You can also find cartoon character emojis here, like Superman or Goku. Does not matter where you live, you will find emojis that suits your culture and the best part is new emojis are added every week. Although the app comes with adverts, you can remove that with an in-app purchase.

Must Read: 10 Best Calligraphy Apps For Android And iOS

Next up there is another iOS exclusive app called SMS Rage Faces which comes with 3200+ unique rage faces and 380+ camera booth stickers. This is not a keyboard app, so to use any emojis you have to first open the app. Then choose the face you want to use and it will get copied to your clipboard. Now just go to your messaging app and paste it. Although it sounds complicated, as you will start using it things will be very intuitive. 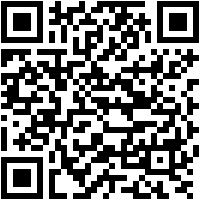 Download QR-Code
Stickers By Hike
Developer: Hike Private Limited
Price: Free
If you remember, Hike was a chatting platform from an Indian organization that was most popular in India and Germany. But a few months ago the killed the platform. But they still have their sticker app on the Google Play Store which is really well made. All the stickers are handcrafted and come with various themes and categories, like cricket, Bollywood, movies, love, friendship and more. You can use these stickers on WhatsApp or Telegram for free.

Download QR-Code
Bitmoji
Developer: Unknown
Price: Free
Bitmoji is a well known app where you can create your own emojis. To start using you will have to click a picture of yours and then you will get many customization options on your cartoon face. After the process is complete you will be able to use those custom made emojis on any messaging platform and are hundreds of custom emojis to choose from. Many keyboards also sync with Bitmoji and show those on the keyboard itself.

Download QR-Code
Kaomoji - Japanese Emoticons
Developer: Unknown
Price: Free
Last but not the least, we got Kaomoji. In case you do not know, emojis were invented in Japan and at first, they were made from multiple signs which were already available in most languages. So if you like to keep things real Kaomoji will be your best bet. The application includes a large collection of Japanese emoticons which are stacked in many categories to choose from. With the in-built editor, you can also create custom made emojis and there are multiple ways to use the app. The tool is free to download but comes with advertisements.

Emojis are fun, and add emotions to your texts. These were my choice for emoji apps which you should use to share your thoughts with beautiful stickers. If you have any other emoji app in mind which are also pretty good, let us know in the comments. That will also help your fellow readers.