GBA emulator is used to playing the best Game Boy Advance games on your preferred operating systems, like Android or Windows. GBA was a revolution in the gaming industry and people still love to play those classic games. So in this article, we will be checking the top 6 GBA emulators you can use to relive the memories.

Visual Boy Advance secured the first position on our list. It is one of the oldest emulators that have been in existence for more than a decade now. Visual Boy Advance is completely free to use. It supports all GB (GameBoy), GBC (GameBoy Color), and GBA (GameBoy Advance) ROMs.

You can attach your joystick and play in this emulator that will enrich your gaming experience. The game data can also be saved easily and you can export them on to other GBA emulators to play. The Visual Boy Advance is the overall best Gameboy Advance Emulator for PC and Android phones. 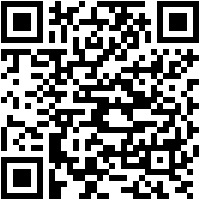 GBA.emu is the best GBA emulators for android phones. This highly featured emulator comes with high-level bios emulation. It allows players to save and export game progress and transfer it to the PC version of Visual Boy Advance. This emulator is well optimized for most of the android versions.

GBA.emu is one among many few GBA android emulators that support cheat codes. Another nice feature of this emulator is you can save your progress anytime you want. It supports any GBA ROMS that is stored in your mobile storage. As a paid GBA emulator, GMA.emu is totally worth the price.

No$GBA is also known as No Dollar GBA. The main eye-catching feature of this emulator is it supports multiplayer gaming as you can connect your emulator with other NO$GBA Emulator players. It works through either internet or a local network by simulating the original GBA link connectivity.

You can use it for trade Pokémon, participate in various leagues etc. Other then Pokémon games it is also useful for other multiplayer games. You can use this feature to challenge your friends in the game. So our recommendation is to definitely give this emulator a try, it will reach your expectations.

Following our list, now we will be talking about mGBA Emulator. The interface of this emulator is pretty much simple. It has all the basic functionalities. You can use cheat codes on their cheats tab to get an upper hand in the games. You can also override the games and path ROMs into the emulator.

mGBA is one of the few emulators that allow users to save game progress whenever and wherever players want. It also gets updated with new features regularly by the developers. Moreover, mGBA supports a humungous category of GBA ROMs.

Next on our list is MY BOY emulator. This is a truly another impressive GBA Emulator for android Smartphone users. This free GBA emulator has high-level bios emulation. It allows users to use and customize the on-screen keyboard and it can even get shortcut like load or save the game.

You can create a home screen shortcut of your favourite games to get quickly touch with them. You can also edit the screen layouts in the emulator. The free version of MY BOY is perfect for playing GBA games, but the full version is completely ad-free, supports multi-line cheat codes, and has the ability to fast forward the gameplay. 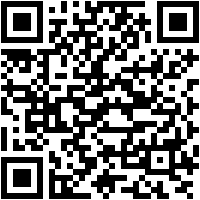 John GBA is a popular GBA emulator for android devices. John GBA runs on the original GBA engine. It can slow down the gameplay to up to 0.25x and fast forward it to up to 16x. It also comes with high-quality graphics rendering.

This emulator has a great ‘Dropbox’ feature that will help you to preserve your game progress on certain games. You can change and customize the on-display controls on John GBA as your preference. It supports zip files. You can also use your external controller supporters through Bluetooth. Overall John GBA is a very good GBA emulator for android users.

Other than these, the honourable mentions are Pizza Boy GBA, Nostalgic.GBC, My OldBoy etc. If you have any other alternative in mind, do let us know in the comments below.