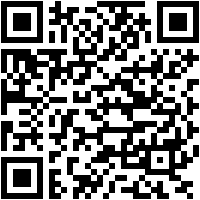 At first, on our list, we have Picolo drinking game. This game is a drinking game app for couples. But friends can also enjoy playing this game. Picolo is a simple drinking game that is available for both Android and iOS platforms. You can easily play this game by following the instructions. You have to add the player’s name before starting the game. 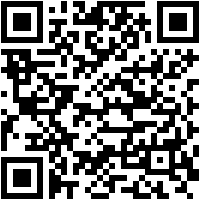 This drinking game app can blast your drinking night up to 300 challenges. Each challenge has a score point that you can accumulate. So, at the end of the night, you can pick the winner by the total score point accumulated. The game involves you either completing the hard challenge that has been mentioned or drinking the number of shots that have been specified. This game is sure to make even the introverts drunk. Thirdly we have Drink or Doom on our list. Drink or Doom is a comic drinking game apps for both android and iOS users. It is placed in a comic book setting so that you must enjoy this game app. You can play up to 12 players at once and have around 50 challenges to try. Aside from the given challenges, you can also be creative and input your challenges in there.

To start playing all players roll the dice and move their characters to the next challenge. The challenges are from the list ‘drink or dare’, Truth or Dare, I have Never, The Bottle, Guess or Drink, and so on. You can also play Drink or Doom with strangers on your Smartphone. Following our list, we have Drink! The Drinking Game. The game itself is quite simple and fun to play. There are many twists and confusing challenges which are strongly recommended to play at the beginning of the party. This drinking game app offers varied mini-games, fun activities, and unique drinking games at once.

To start the game, you need to add players and choose their looks. Everyone can choose their look for themselves to make it more fun. Then, you have to submit the number of players and each one should choose their character. Then, the app will order everyone to do something. The winner is crowned who has the maximum score at the end of the game. It is a simple and fun game to play at any drinking parties. At number five we have Drink Roulette. Drink Roulette gives you the convenience of playing the drinking game. Just like the traditional roulette, this app will also decide on the number of shots that you have to drink. The game entails 4 different categories; Classic, WTF challenge, Team Fight, as well as Hardcore or Dirty.

Each category has its own hilarious and crazy tasks, which include answering questions, doing daring stuff, and so on, for all of you, making the experience quite fun. You can get 1 shot, 2 shots, 3 shots, or not at all. Drink Roulette is a fun drinking game app. 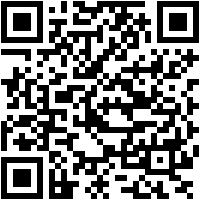 Following our list, we have The King’s Cup, the most classic drinking game app on the market. This drinking game app has a variety of challenging, crazy and exciting tasks for players. To play this game you have to fulfil the rules or games written on the card. You can also add some of your customizing instructions. Using that, you can personally pinpoint what kind of rules and instructions that the players should do.

The main rule is, players are expected to select a card and carry out whatever is written on it. And if you are not able to execute your task then you are compelled by your friends to drink. This is a really enjoyable drinking game app for both your friends and couples.

Must Read: 10 Two Player Game Apps For Android And iOS The Game also has two additional decks to purchase. But the standard version will be enough to have fun. It has up to 400 unique challenges that make it fun to play. All the cards have unique visuals which make everything more interesting. And you can also create your personalized card and deck. 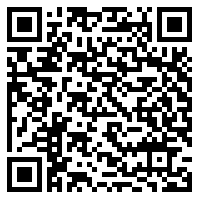 The rules are simple; you have to answer silly questions in a limited given time. If you failed to answer, then you will have to drink as a punishment. The mix of silly questions, time limits, and you are in your tipsy state will make everything more fun. It is an amazing game that will make your drinking with friends even more fun. Following our list, we have Heads Up as our best drinking game app. Heads Up is a fun and hilarious game that you can play with your friends and family. This is an entertaining drinking game app worth playing with your friends while drinking. This game got good reviews from the New York Times. Even famous TV personalities like Ellen DeGeneres played this game in her show.

Although this game is not a drinking game, you can still play it for fun drinking time. To play this game you have to guess the word written on your phone while you put it on your forehead. At the same time, your friend should give you clues on what the word is about. It super simple and easy way to have fun while drinking with friends. Next on our list, we have King of Booze. This drinking game app is very popular for a large number of truth questions, challenges, and custom challenge input options. You can easily choose between challenges and drinking on this game app. It is a fun and amazing drinking game for competitive people. You can easily start a competition with your friends by using this app. Following our list, we have Game of Shots at number eleven. Game of Shots consists of drinking games, including a quiz game, card game, reaction game, and a tug-of-war game. You also have classic games like spin the bottle, truth or dare, roulette, and many more.

The game is free though it includes advertising, which can be disabled after playing seven games. To get this drinking game app, you can download it from the Play Store or App Store. You will have a really fun time playing this game. Last but not least we have Drinkie as our final best drinking game app. Drinkie provides you with an experience that takes in all elements of the most famous drinking games and amalgamates them into one. This game includes four main special game modes which include Tipsy, Ridiculous, Sexy, and Macho.

In total, this app has up to 800 cards that you can play to make a party more fun. You can also make your own rules to make it more personal for your circle of friends. That way, the party will be more fun and get ready to have a good time.

So, these were all the best drinking game apps currently available on Android and iOS. We hope that this article was helpful to you. Consider subscribing to our mailing list, so that you do not miss any important articles we post in the future.