If we have to think of any kind of protection for intellectual property, Watermark comes first to our mind. Like most of the inventions needs patent from being stolen, intellectual property like Photographs, Videos, Songs, etc. Needs a watermark. Now many a time a watermark needs to be removed rather than opting for manual and tedious procedures, watermark remover apps come in handy.

But with each unique watermark on the artwork, it is wise to know a few watermark remover apps to do the job. As always, we here try to make your life a little bit easier by compiling a list of 12 Best Watermark Remover Apps For Android And iOS. So without further adieu let’s dive in.

Why use Watermark Remover Apps?

Before we go any further, it is important to know why to use Watermark Remover Apps. These apps are mostly used by Graphic Designers, Content Creators to enhance their work. We are all aware of how complex any art form is and finding the right tool for the right job sometimes becomes difficult. This app helps to get through this barrier and complete the art, as creative juices tend to drain quickly a small shortcut won’t make any difference providing your conscience says so.

Why not use Watermark Remover Apps?

Let us speak about the other side of the coin, an artist spends a countless amount of time, energy, and mental health to create art and then seals it with his signature watermark, so that it never gets stolen. These apps are created to rob them of their creation, though it’s a brutally honest fact but it’s the truth. In a modern time where speed only can meet the demand-supply chain, we tend to lose some of our conscience and may take a shortcut. Not wrong entirely but not right either. We feel though we have no alternatives rather than using this app, we should also try to acknowledge the original creator wherever we can. And without wasting any more time let us jump straight onto the list. Download QR-Code
Remove Unwanted Object
Developer: BG.Studio
Price: Free
Starting off our list we have, Remove Unwanted Object. Developed by BG Studio, this app got a rather simplified algorithm to work out different scenarios while removing background whether its a Single Colour Background, Simplistic Background, or a Complex Background. Along with its main feature of Background Removal, it also cleans some of the photo nightmares such as electric wires, people, power lines, stamps, and many more. Very simple to use and packed with a variety of features, this app is free and does not bug you with ads too. Download QR-Code
PicLab - Foto Editor
Developer: We Heart It
Price: Free+
A veteran app among other watermark remover apps, PicLab – Photo Editor is a known name among both Android and iOS users. With over 25 million downloads, this app is considered to be an all-round app for photo editing. Some of the special features of this app include all photo restorations and Watermark Remover, all you have to do is simply upload the photo with the watermark on it and by using its marker tool, have to paint above the watermark. An expert app in its competition, this is a common choice for most of the users. 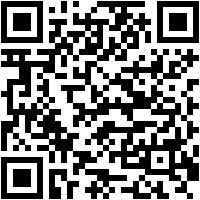 Download QR-Code
Löschen Hintergrund
Developer: photo collage - photo editor - video maker std
Price: Free
There is a saying among graphic designers, if you cannot take out the logo, just take out the entire background. Background eraser takes this saying to a whole new level rather than just removing the watermark, it lets you remove the entire background and replace it with a new one. Works best with a single colour or a relatively simplistic background, Background Eraser lives up to its reputation of being a straightforward approach to resolve the problem. Having counterparts for both Android and iOS, this app is a free app. 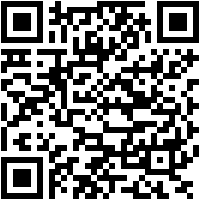 Download QR-Code
Fotogenic : Photo Editor
Developer: Best Photo Editing Apps
Price: Free+
With most of us having a good smartphone, the habit of not only taking selfies but also good quality photographs has increased. As most of us have heard of Adobe’s Photoshop, Fotogenic got some features that it shares directly from Adobe’s software. This app uses sophisticated tools like Spot healing and clone stamp for watermark removal and also got dodge and burn tool for some high-quality face retouching. Tools like this, certainly make this app stand apart from the other watermark remover apps on the list. 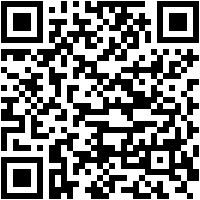 Download QR-Code
Toolwiz Photos-Pro Editor
Developer: Toolwiz.com
Price: Free+
Next on the list is the app which we are really excited to talk about, Toolwiz Photos. This app lets you erase the watermark from video files, Just select ” Find Logo ” and then let the app do all the handwork for you, if the watermark is too complex then you have to do it manually. Needless to say, this app also offers you regular features that you will find in a good quality photo editor app. A one of a kind app among other watermark remover apps, Toolwiz Photos certainly believes in innovation. Sadly this app has no iOS counterparts. A better option than the previous app on the list, AirBrush has both Android and iOS counterparts. Created by Pixocial Technology Singapore Pte Ltd, this app not only can remove a watermark from videos but can do the same for subtitles as well with the cleanest operation possible. The app is free to use but if you decide to purchase the subscription, you get AirBrush BLACK. With a user-friendly interface and being so easy to use, this app can do almost everything a video editing software does, provided the limitations.

A popular app among female users, Photo Retouch-Object Removal is made focusing on females particularly. This app offers a wide variety of skin softener, face options like V-face, Narrow Face, Little Face, Mandible bones, etc. along with these all, it also has a ton of features like Wrinkle Killer, Beautiful teeth, and Eyelash removal. Now what we are intrigued with is the watermark removal algorithm that comes with this app. With just a few clicks with its especial marker, you can erase unwanted object as if it was never there. A truly female dedicated app, the app’s most popular tool is the scalable marker brush and as with some good apps, it does not have an Android counterpart. Download QR-Code
iWatermark Free Add Watermark Text Logo Pic TM
Developer: Plum Amazing
Price: Free
A bread and butter app among all other watermark removal apps, iWatermark Free Add Watermark Text Logo Pic TM is a wide known app in the market. This app is meant for both the newbies and the pros, as there are no complex combinations and its imply very easy to use. Though this app is primarily made for adding watermarks very easily, it is also used for removing those. Because of its simplicity and primary commands for creating a watermark, this app cannot handle any tough watermark for removal.

After that, we have Photo Eraser – Erase Watermark. An app of utmost precision, Remove Objects – Touch Eraser uses a tool quite similar to Adobe Photoshop CC 2019 for watermark removal. Not only it can remove a watermark from photos but can do it from videos as well. Well suited for Social media content works, this app helps to hasten your workflow by allowing you to directly share it to social media platforms like Facebook and Instagram. This app has no Android counterparts.

An iOS original, next on the list is TouchRetouch. Now, this app requires you to have iOS 12 or above, it is the undisputed king among other watermark remover apps. Meant only for iOS, TouchRetouch contains an arsenal of tools to deliver you some of the best retouches for your photos. Voted by The Guardian as the best remover, TouchRetouch has made a name for itself among other watermark remover apps. We wish we could say that this app is free or got Android counterparts but on the contrary, this app will cost you $1.99. Download QR-Code
eZy Wasserzeichen Fotos frei
Developer: Whizpool
Price: Free+
Talking with a positive approach, we have eZy Watermark. A remarkable app for both Android and iOS, this app is a popular choice among those who are strict with their watermark’s durability over social media. Used by a large number of Travel Photographers, eZy Watermark helps to maintain a fluid workflow by its batch processing of photos and its rock-solid security with Watermarks. Though we only spoke about the popular side of the app, Ezy Watermark can also be used to remove watermark as well as it is used to put one. 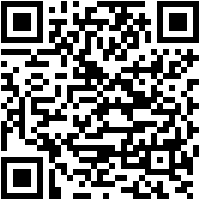 Download QR-Code
Object Removal Lite
Developer: @Skysoft
Price: Free+
Last on the list is Object Removal. This app is possible the most expensive app among all the other watermark remover apps on the list, a whopping $24.99 per annum and if you opt. for a weekly subscription, it’s $3.99. As the name suggests, this app is more focused on removing any unwanted thing from your photos. From telephone lines to person, this app works like a magic and justifies itself for being a bit pricey.

So there is the list of 12 Best Watermark Remover Apps For Android and iOS. These apps are made to remove any hindrances in your creative endeavours. As the world advances the need for speed in work is a must. Using these apps for the best interest will prove to be beneficial for a pro-level graphic designer or even a newbie student who is learning the craft.